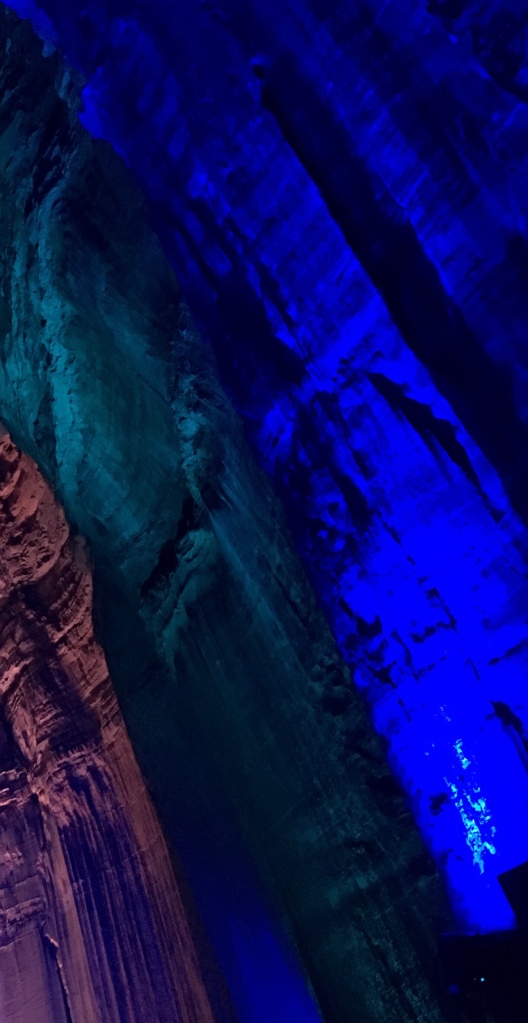 John and I are trying to make the most of our time with fewer weekend commitments. Last weekend, John and I went to Chattanooga for the day. One of our stops there was Ruby Falls in Lookout Mountain. It is the first time I can remember being in caverns like this. It was an amazing experience.

The story is that growing up, Leo Lambert would play with friends in the caverns under Lookout Mountain near Chattanooga, TN. The main cave entrance was covered up when they dug a tunnel through for a train, but Leo remembered how great they were and decided to dig down and find them to create a tourist attraction. In 1928 they dug down, broke through to an open area, and Leo went down with some friends to explore. He was down there for 17 hours, mainly on his stomach in tiny spaces, going a very long way before he could even stand up.

It was dark, it had to be claustrophobic, as I am feeling that way just writing about it. I honestly have no clue why people would be interested in spelunking. What did that 17 hours feel like? What did they use for water and snacks in the 20’s? No camelbacks and protein bars. How many times did he think about turning back only to press on. How did he stay hopeful? Spend a moment just thinking about it.

Leo pressed on and was rewarded with finding subterranean waterfalls, 145 feet high, over 1100 feet below the surface of the mountain. He named them after his wife, Ruby. Anyway, today, you can go down an elevator, walk along a well lit path where most of us can stand up, and go to the room where the Ruby Falls are. There is a lightshow set to music and it is breathtaking. It is a long way from how Leo and his team found them.

As I walked back through the tunnel to the elevator, I reflected on what he did with where I am in my life right now. What word from God do I need today?

My take away is how easy it is for me to underestimate the power of God. How regularly I assume it is all about what I can see and touch and smell and hear. This 145 foot waterfall had been there undetected for hundreds (or thousands?) of years. It took some work to actually SEE it, but just because it wasn’t seen, doesn’t mean it wasn’t there.

When I reflect on where I am spiritually, do I see myself at the end with the light show? Or do I see myself trying to squeeze a few feet further in a dark cave? Some days it seems like I experience both. This gave me time to reflect on things—like faith in God. Hope in God. Trust in God.  How often do I look at my situation and judge it according to what I can see or I can control? What I have the power to fix, instead of through the power of a loving God.

But Thomas (who was called the Twin), one of the twelve, was not with them when Jesus came. So the other disciples told him, “We have seen the Lord.” But he said to them, “Unless I see the mark of the nails in his hands, and put my finger in the mark of the nails and my hand in his side, I will not believe.”

A week later his disciples were again in the house, and Thomas was with them. Although the doors were shut, Jesus came and stood among them and said, “Peace be with you.” Then he said to Thomas, “Put your finger here and see my hands. Reach out your hand and put it in my side. Do not doubt but believe.” Thomas answered him, “My Lord and my God!”  Jesus said to him, “Have you believed because you have seen me? Blessed are those who have not seen and yet have come to believe.” (John 20:24-29)

The LORD himself goes before you and will be with you; he will never leave you nor forsake you. Do not be afraid; do not be discouraged.”  (Dt. 31:8)

But Jesus looked at them and said,  “With man this is impossible, but with God all things are possible.” (Matt. 19:26)

Trust in the LORD forever, for the LORD GOD is an everlasting rock. (Is.26:4)

Sorry for those of you who received a duplicate notification. Parts of this technology things still throw me! (ie, how to save correctly!)

If you are interested in being notified of new blogs, please click on the three lines (menu) at top right of page and enter email in field. You will receive an email making sure you want to receive notifications, make sure you want to do that! 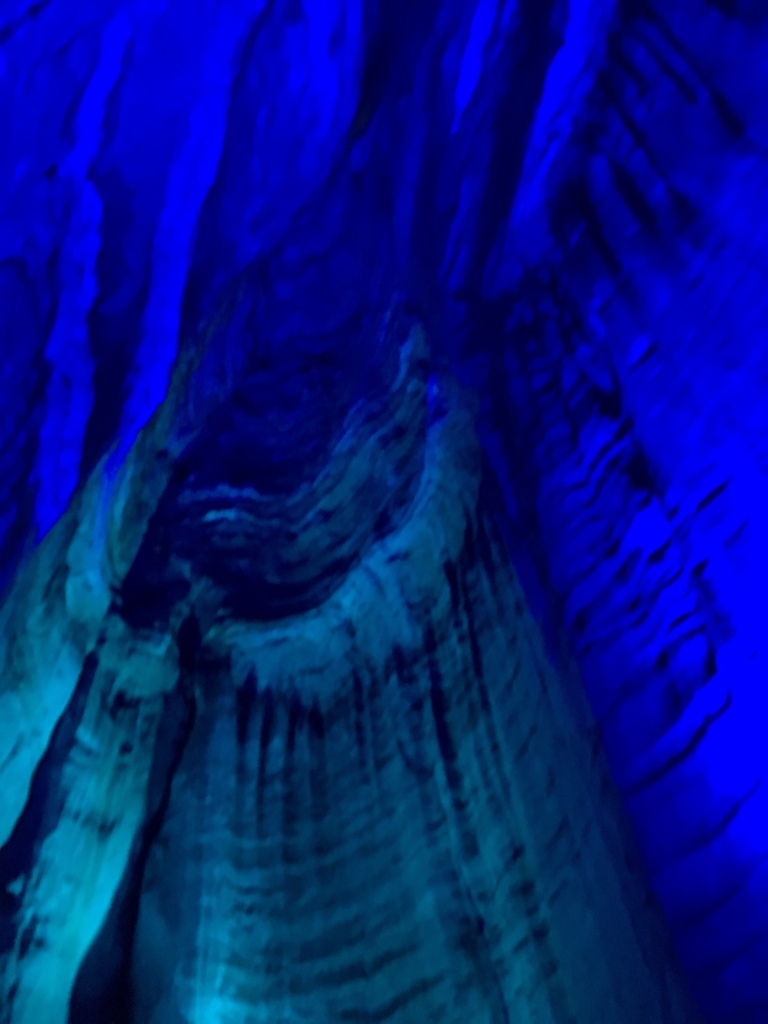 One thought on “Into the Darkness”